MACIÀ BATLE AWARD TO THE BEST WINE OF SPAIN

A new Gold Medal, in this case the GRAN BACO DE ORO – LUIS HIDALGO PRIZE for the wine with the highest score, has been awarded to Bodegues Macià Batle, in the XXXIII Concurso Nacional de Vinos Jóvenes de la Unión Española de Catadores, for a white de blancs wine.
The Baco Prizes are the only competition in Spain open exclusively to wines made in the most recent vintage, 2018, without restriction of type (white, rosé, red, sparkling and sweet wines) or origin (Denominations of Origin, Land Wines, Pago Wines, Table Wines, …), being able to qualify, without fear of exaggeration, as the most important contest held in Spain.
A total of fifty judges, all members of the Spanish Union of Tasters, presided over by Fernando Gurruchagui, were responsible for evaluating in strict blind tasting all the wines entered for the Baco Awards. A cast of professionals who have not lacked sommeliers such as Custodio Lopez-Zamarra, Javier Gila, Daniel Poveda or Luis García de la Navarra, oenologists of the stature of José Hidalgo Togores, Ignacio de Miguel, Mayte Sánchez or Jorge Navascúes, purchasing managers such as Andrea Alonso (MAKRO) or Jaime Bermúdez (Vinoselección) or the directors of the main specialist publications at national level: Salvador Manjón from La Semana Vitivinícola, Andrés Proensa from Planetavino or Mayte Lapresta from Sobremesa. A cast that undoubtedly endorses the prestige and independence of the Baco Awards.
Thirty-three editions of the Baco Awards have already been held and all of them have had the Spanish Union of Tasters as their master of ceremonies. The objectivity and seriousness of the UEC are values that have undoubtedly allowed the Baco Awards to be consolidated as the longest-lasting competition of those recognised annually by the current Ministry of Agriculture, Food and the Environment (MAGRAMA). The total anonymity of the samples presented to the jurors, introducing for it the bottles in opaque covers, the service on the part of sommeliers belonging to the IES Hotel School of the Community of Madrid and the use of the official tasting forms of the Spanish Union of Tasters for the main national and international wine contests assure the total objectivity of the qualifications granted.

This is yet another recognition of the work of Bodegues Macià Batle, which has become one of the wineries most valued for its prizes and quality. 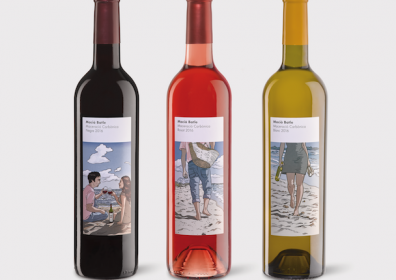 Why is visiting Macià Batle a great option?